If you're one of those people that prefers to spend their free time on the weekend away from their screens, breathing in fresh air or taking a walk in the park, there might be a chance that you aren't a weirdo and/or that you haven't heard about Pivotal Container Service, one of VMware's latest offerings in the container space. To be fair, VMware has quite a few of them. What you need to know about this one though, is that Pivotal Container Service (or PKS for short) is jointly developed by VMware, Pivotal and Google and it will help you easily build multiple Kubernetes clusters, with a bunch of cool features and manage them fairly easily.

At this point, Kubernetes is considered the new gold standard for deploying and managing container workloads. I won't get too deep into why Kubernetes has value, many others have done that much better than I would be able to. But what I can tell you is that developers want Kubernetes. In many organizations, if you're not offering that possibility to your developement team, they might not be willing to patiently wait for you to get your act together and start looking into it, they will simply get what they need in other ways, whether that's using the ton of public cloud possibilities or a do-it-yourself Kubernetes build inside VMs. 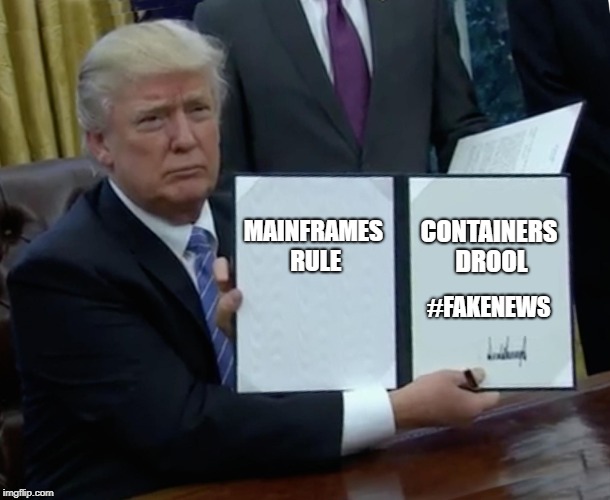 You might be wondering why you would use PKS rather than manually installing kubernetes in a VM to get this done. Simply put, building and managing Kubernetes manually is hard. Many Kubernetes based offerings and even some entire companies' existence are based on that fact alone! If you want to understand what I mean by "hard" , or if you enjoy crying tears of anguish, follow the very popular guide on Kubernetes the Hard Way by Kelsey Hightower.

For anyone that is (relatively) chemically balanced, let's walk through a few reasons why you should consider PKS. 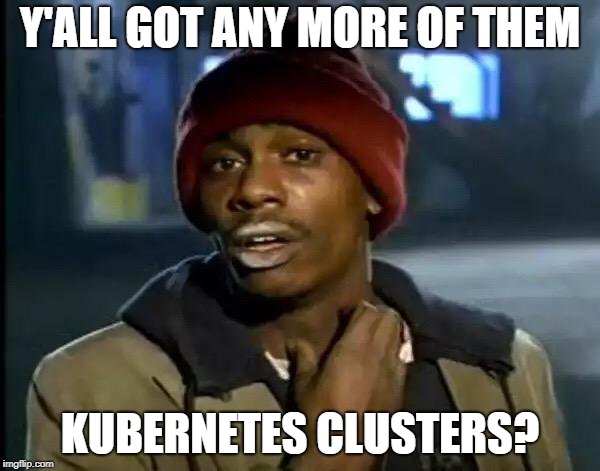 Get started with Installing PKS

As it is today, the PKS installation is a fairly long process with a few moving parts, but it will no doubt get better with time. In the mean time, here are a few great resources to help you get started :

Who is PKS' competition?

The answer to that question is not as straightforward as it may seem. Nowadays, it seems like everyone and their mother is launching a product based on Kubernetes in one way or another. It's easy to get lost in a sea of vendors with similar solutions when learning about a new type of product. I find it helpful to learn about the top competing products in that space and understand what added value their products give to users.

Most of the major Kubernetes offerings are not primarily focused on On-Premises deployments, they are built by and for public cloud. AWS, Azure and Google Cloud each have their own, not to mention that VMware also has one as a part of their VMware Cloud on AWS suite of products called VMware Kubernetes Engine (VKE).

So the crown in the Kubernetes-as-a-service-on-premises space is still up for grabs. Here are a few of the bigger names in the game that are reaching for it :

Openshift takes a slightly different approach to solve the Kubernetes problem, it's geared towards installing and managing a Kubernetes cluster rather than offering Kubernetes Clusters as-a-Service. Word on the street is that Openshift is a great product though, if it fits your use case, it's probably worth looking into.

Red Hat having acquired CoreOS earlier this year, you can expect Openshift to get a boost from that and become an even bigger player in the next few years. Red Hat has alreday begun utilizing CoreOS' strengths by integrating them into the Openshift platform. Tectonic is still being sold separately than Openshift, but it remains to be determined if that will continue to be the case on the long term.

Heptio is a company that is gaining steam fast and already has a cool set of Kubernetes related projects to work with and the fact that their Kubernetes is subscription-based can make your life a little easier than having to deploy it yourself.

Another big player that could pose a real threat to PKS in the near future is the recently announced Google Container Engine (GKE) On-Prem. Needless to say, if Google really sets their mind to it and plays their cards right, they could take home a big slice of the pie, even for Private Cloud environments.

Integration with other VMware products that you already use

There's a few interesting ways you can interact with PKS, other than the PKS CLI. Here are some of them :

You can bet that these integrations will just get better and more numerous with time.

I'm not exactly out here saying that Pivotal Container Service is the best thing since sliced bread, (because those that know me, know I'm a huge fan of bread) but PKS is pretty darn close and it gives VMware shops an easily accessible gateway drug to get Kubernetes clusters up and running quickly in their organization.

There are a few very clever concepts and open source tools that when combined, make for a great product on paper, in your lab and soon we'll know if it will survive the battle in a enterprise grade production environments.