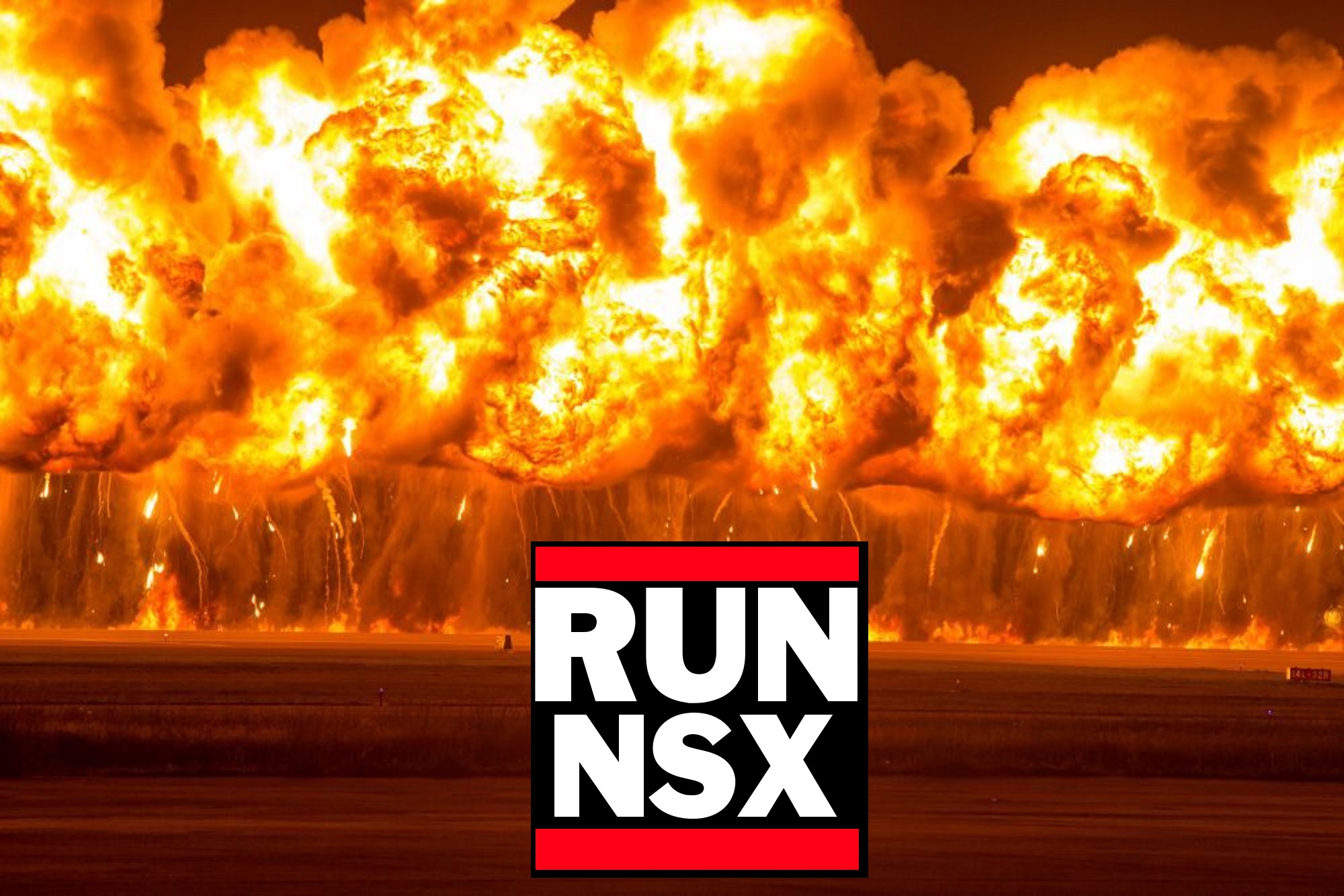 In an earlier article, I covered what the basics of the NSX Distributed Firewall allow you to accomplish. Now let's take a deeper look at those concepts and figure out the best way to apply them in a real life scenario. If you do a good enough job and you're a little lucky too, you can end up with a easily manageable firewall configuration that you very rarely need to touch, even when adding new components. The target is set,  let's get started on our journey to Distributed Firewall nirvana.

First of all, most of the concepts discussed in this article come from a great free book you should read on micro-segmentation called VMware NSX Micro-segmentation Day 1. It's a great resource and a must read if you're serious about implementing the distributed firewall in a production environment. One concept from that book that will come back over and over in this article (it'll come back so often,  that it will be annoying!)  is that of preferring the use of higher level constructs, rather than lower level constructs. For example, in our case, a low level construct would be Network Based, such as an IP Address. A mid level construct would be Infrastructure based, such as a VM. A high level construct would be Application based, such a Security Tag tied to an application, such as a web server. The higher level the construct is, the more flexible that makes your DFW configuration and the easier that configuration becomes to maintain on the short and long term. In a way, using lower level constructs eliminates a lot of the flexibility that you could attain by tying you down to concepts that are very fixed. Here is a visual representation of this principle, from the book : 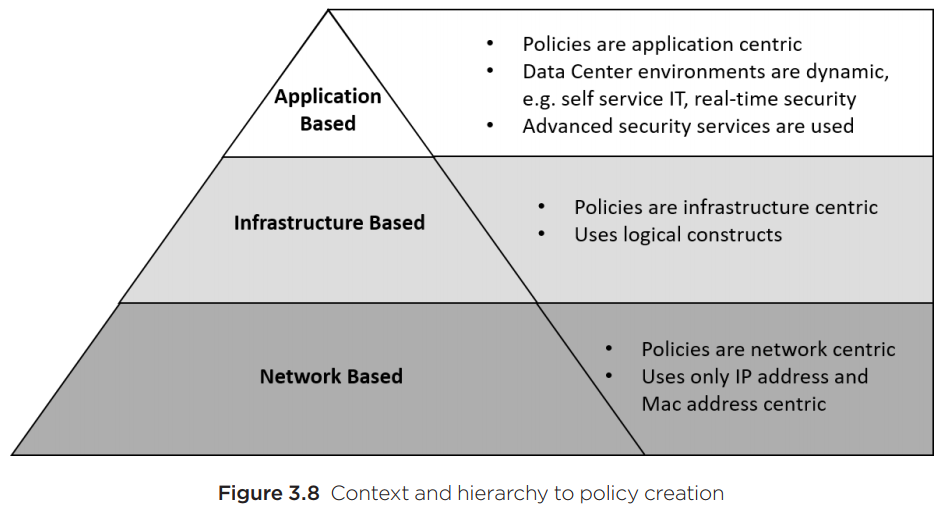 Before we go any further, let's do a quick recap of what NSX concepts you'll need to be familiar with.

Security Tags : Tags are metadata objects that can be assigned to a VM. There is nothing simpler than a Security Tag, you just create them assign them to VMs. As much as possible, create Tags that relate to higher level constructs and assign those to your VMs.

IP Sets : Can contain IP addresses, IP Address ranges or IP Address subnets. This is a low level construct, for those firewalling cases that isn't covered by virtual machine traffic. IP Sets can be members of Security Groups. So don't bind firewall rules to these, use Security Groups instead!

Services : A Service is essentially a mapping to a Protocol (TCP, UDP, ICMP, etc.) and to one or many ports. For example, there is an existing service for the HTTP protocol, it is mapped to protocol TCP and port 80. NSX comes with hundreds of pre-existing Services and you can create your own custom Services. I strongly suggest this, because you don't want your firewalls binded to static ports and have to ask yourself what port 5487 is used for,  months from now. Also, a Service is a higher level construct than a port/protocol pair.

Service Groups : Service Groups are just… groups… of Services… The principle of tying your firewall rules to higher level constructs applies here as well, it's nearly always better to use Service Groups rather than Services, but as always, exceptions might apply.

Firewall tab in the vSphere Web Client's "Networking and Security" plugin : This view will contain every rule that is applied to the distributed firewall, whether it is applied through a Security Policy or directly in this tab as a "global" rule. You will also see rules that are applied to "All Edge Gateways", which is not enforced by the distributed firewall, but by the NSX Edges' stateful firewall.

How do I use all these objects to build a Distributed Firewall configuration?

There are hundreds of different ways of combining these objects to get a "working" distributed firewall configuration. Here is the recipe I used, after consulting with many experts, getting feedback from those managing it, affected by it and also having to maintain this configuration for a period of time. By no means is this the only potential solution to your distributed firewall problems, but hopefully it can be a solid starting point for you to build your configuration.


So what's the right way to do it? I'm going to be boring and say it depends on your use case. But as long as you stick to high level constructs as much as possible, and that your logic is sound, you should be fine.

After all this Distributed Firewall talk, let's not forget that there is probably a valid use case for both the DFW and the Edge firewalls in your environment. As it is often mentioned, Edge Gateways should be used when dealing with North-South traffic, that can still apply here. In one case I've seen where each customer had a single edge gateway that they would use for many different services, we'd use that edge's firewall simply to segregate customers amongst themselves and to filter traffic coming in and out from the internet. The rest of the internal (East-West) network traffic is what the Distributed Firewall handles. You can always decide to give more or less responsibility to each of these 2 types of firewalls, depending on your use case. It often depends on what you use your Edge Gateways for and conversely how heavily you are willing to be tied to the distributed firewall.

One more tip I can give is that like I briefly mentioned earlier, you can set Edge Gateway firewall rules in the "Firewall" section of the Networking and Security plugin in the vSphere Web Client, as opposed to going Edge by Edge and applying them directly there, this can save you a lot of time if you have rules that apply to ALL of your Edges. When creating the rule, you just have to modify the "Applied To:" field from "Distributed Firewall" to "All Edge Gateways".

If you're building a new environment that includes VMware NSX in the picture, the distributed firewall deserves your consideration. NSX allows you to automate your firewall configuration, not using fancy orchestration, but by using simple policy-based logic that is configure once and forget. You'll enjoy all the free time! 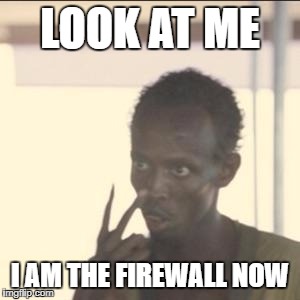